“The answer is yes, what is your question?”

Those were the words the broker sitting across from us used as he attempted to convince the two of us, my wife and I, to move our small business to a larger city, just twenty minutes down the road from Tarboro, North Carolina, the rural community to which we’d uprooted our family to move to only two years earlier, a special place where we’d already invested a whole lot of time, a profusion of dreams and what little we had of any money to open a sourdough bread shop and bakery.

The slick A&Q ploy was tempting, if anything. (If you gain nothing from this article, gain this: If it sounds like a present, walk away. Success does not come gift wrapped.)

Don’t get me wrong. Our business was doing well, but after two years of being in a brick and mortar store it was starting to feel as if sales had plateaued, which was to be expected. But reality came on the heels of a year in which growth seemed like a given, a “shiny penny” mojo helped by the uniqueness of our product (google eastern nc sourdough bread and you’ll see what I mean), but also by a feature cover story in a statewide magazine and selection as North Carolina Entrepreneurs of the Year, by NC Rural, a non-profit committed to building vibrant rural communities.

Questions began to take root: Had we made a mistake in taking on organic food, of all things, in a food desert? Was a product made of mostly-regional ingredients simply not sustainable in such a rural and sparsely populated region?

In addition, the broker had pointed out, there was an energy happening “just down the road”. Revitalization. Streetscape improvements. Work-life integration. A culturally-rich arts and sciences scene. More space meant more people which meant more opportunity. Plus, in Tarboro we had struggled with finding quality, affordable housing and in this other town we’d have the option of living upstairs from the bakery in a spacious, remodeled apartment. So, yeah, the thought was intriguing.

The pandemic has changed almost everything about how we all live our lives, but especially how we conduct business. This is especially true amongst small-town small businesses, who, despite the ability to be flexible and pivot, lack the deep pockets necessary to withstand long spans of suppressed revenue.

Many went out of business and while first-year data is still being mined, for certain the toll has been hefty in terms of mental and emotional trauma. Fortunately, we were able to make some of those pivots — added curbside pickup and delivery, adjusted hours and menu — and with the CARES Actproviding a boost to lagging revenue we’ve been able to continue to serve our community and push further into the future the looming fiscal cliff businesses like ours continue to face all over the world.

More importantly, our customers continued to support us, buying our breads and pastries, offering kind words, lifting our spirits, giving us hope and reminding us day after day why we had chosen this small town for our bakery.

The 20th century writer, G.K. Chesterton, wrote that the “man who lives in a small community lives in a much larger world”. This was well before the invention of the internet and its global reach, albeit pathetically poor track record in small, rural communities, but it’s a sentiment we found to be true when we moved to eastern North Carolina.

The man who lives in a small community lives in a much larger world. He knows much more of the fierce varieties and uncompromising divergences of men. The reason is obvious. In a large community we can choose our companions. In a small community our companions are chosen for us… A big society exists in order to form cliques. A big society is a society for the promotion of narrowness. It is a machinery for the purpose of guarding the solitary and sensitive individual from all experience of the bitter and bracing human compromises.

Fierce varieties. Uncompromising divergences. Bitter and bracing human interaction. Never has there been a better summation of a small business in a small town, where almost everything is a compromise (and for good reason), a place in which survival comes down to many things, but one in particular stands out in our experience.

“A bakery,” I was fond of saying to potential lenders before we opened, “is a matter of economics, not product.” It turns out I was not entirely correct about that, but it’s what I believed at the time, and it’s what I felt they needed to hear. Give me the money; the product will sell itself. After all, it’s bread, made entirely from scratch, of 100% real ingredients, many of them purchased within less than two hundred miles of our shop. It’s a win-win-win for everybody involved, customer-supplier-us.

I was wrong. I was not what they needed, or wanted, to hear. Everyone told us, No (even those non-profits dedicated to helping small businesses, especially those owned by women, immigrants, veterans, and businesses serving food in food deserts — Check. Check. Check. Whatever.). Undaunted, we plowed ahead without them, scraping together what money we could on our own.

All the while, we had been testing the market in Tarboro, setting up a card table on Saturday mornings outside of a local brewery, baking from the moment we arrived home from our day jobs on Friday until we left the house at six a.m. in the morning. One thing led to another and one year after becoming occasional entrepreneurs, we procured some used equipment, outfitted an old hair salon downtown with a full kitchen, listed our house of twenty years for sale and moved ourselves to Tarboro.

Many, many months later, in the Fall of 2019, I was asked to share our story with a group of potential investors interested in Tarboro’s downtown development. Embedded in the request was the question: Why here? Why Tarboro? The answer I gave was (still) nine parts economics and only one part philosophy. Were I to give the same speech today, after everything that has happened, I would evenly split the two.

For instance, I would tell them again about the economic data I’d collected about Tarboro and the 50-miles radius surrounding it. How there are 250,000 people; six craft breweries; an average income of $37,000 per year and average home price of $132,000. And zero artisan bakeries. I would tell them in order to be financially sustainable we needed less than 2% of the population to be regular customers and I’d remind them that our market tests form the year prior indicated strong demand for our product, little price resistance and a clear need for a more permanent presence.

But I would also share this, that my family and I live a simple life. We spend money only on what we need, save what we can and avoid debt as much as possible. We are not sad or bored or angry, nor driven to shop because someone convinced us we would be happier with those things. We view things as a necessity, not the goal, and because we are content with our lives we need less stuff. We are able to spend our energy on more important activities. Like sitting on a porch. Sharing food. Being good stewards of our plant and one another.

Our work is the means of our livelihood and although we are not, by any stretch of the imagination, the ideal American consumer, we do fit another mold quite well: Merchant. With a capital M. An old-world Merchant, if you will.

The petite bourgeoisie is a French term referring to the lower middle class, including especially small shopkeepers and artisans, who live exclusively or primarily by their own labor (think bakers, farmers, blacksmiths, furniture makers). Karl Marx defined them as a “transitional class” of workers falling somewhere between the proletariat (wage earner) and the bourgeoisie (property owner). Because they self-identified with the latter much more closely than with the former, he also considered them delusional. Kierkegaard, too, thought of them in similar fashion, as spiritless, wanna-be capitalists who’d forsaken God in pursuit of material things.

In the post Covid-19 era, small businesses will likely prove neither to be correct. In fact, most of us would be delighted just to remain where we are. In business. Grass-roots entrepreneurs in possession of our own livelihood. Radical revolutionists. Conservative self-helpers. Reactionary go-getters, cultivating our resources, forever wary of encroachment, buffeting ourselves against the storm which is surely coming to claw our independence from our grasp, be it a great pandemic, a recession, bankruptcy, or fat-cat corporate greed. Turning back to Marx:

The petit bourgeois is made up of ‘on the one hand’ and ‘on the other hand.’ He is thus in his economic interests, and therefore also in his politics and in his religious, scientific, and artistic views. He is thus in ethics, he is thus in everything. He is the embodiment of contradiction.

Perhaps you can now see why I held back including this chaotic cocktail of mixed personalities in my talk with investors. They might’ve seen me, as Marx suggested, as delusional—or worse, a buffoon. So I stuck to the numbers and I stuck to the script and two months later I found myself sitting down with a commercial real estate broker discussing the possibility of moving the business to another, larger market.

At first, it was the looming economic impact of Covid that caused us to pause our relocation plans. The fear of what might come next was truly demobilizing, and demoralizing. Then, as we saw that future unfold — contentiously bitter, fiercely polarizing, and financially uncertain — our reasons became something else entirely as we realized it was us, ourselves, not the business, who had lost its mojo. The victim of our own contradictions. We’d forgotten, temporarily, that it is not opportunity alone that drives small business, but the story being written, the lives being built, the role of being part of something small, but also something so very large. A community. Fierce. Uncompromising. Those bitter and bracing human interactions. 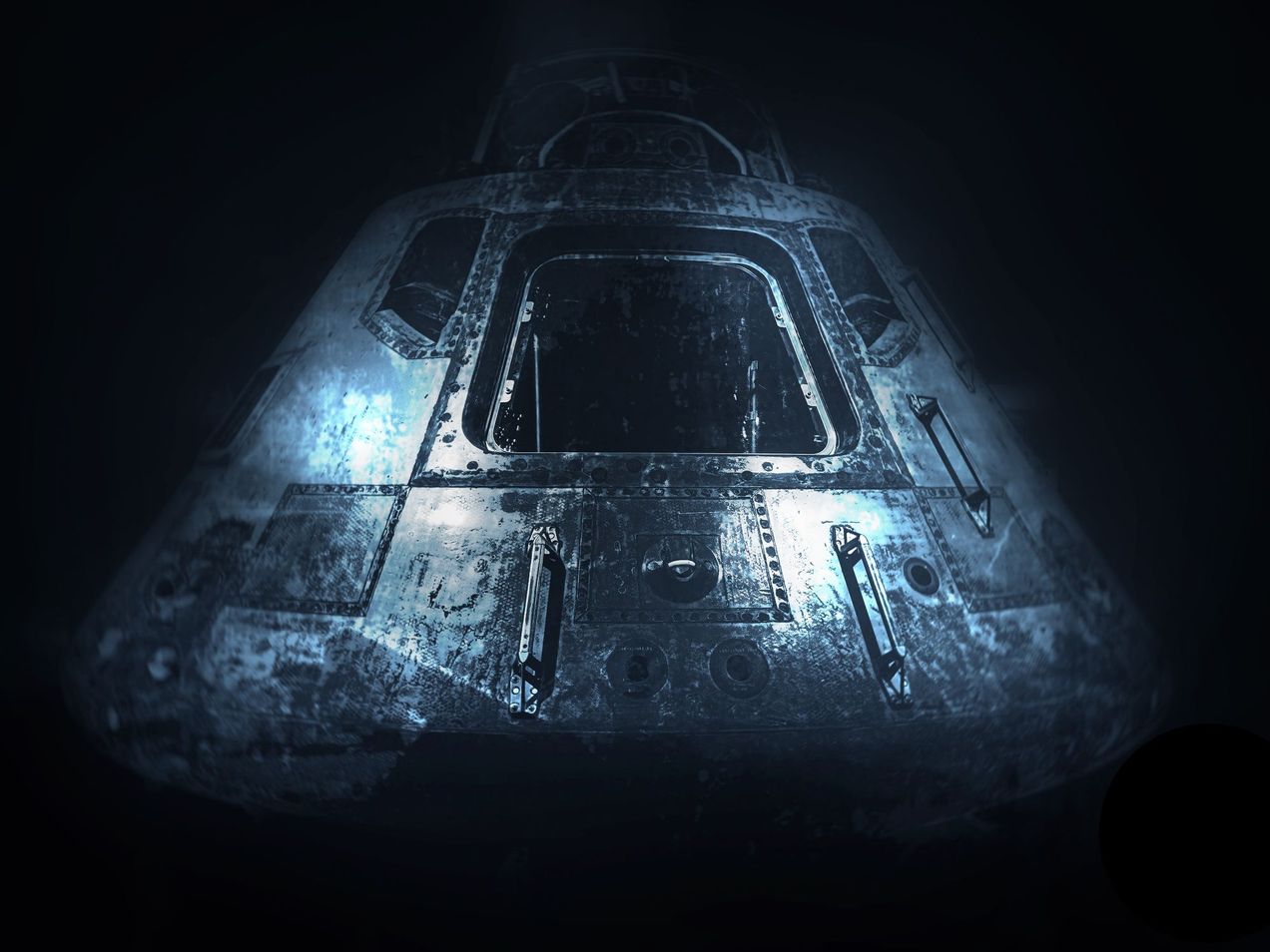