When Franca and I first opened our neighborhood, sourdough bakery, the only one of its kind in Tarboro, NC, the small rural town to which we had moved for that purpose, we were eager to share ourselves and our baked goods with the community. It was our first foray into operating a small business. We’d sold our house, uprooted our family, spent a good bit of our savings, and quite frankly, at fifty-two years old had no idea what we were doing. But the beauty of maturity is not letting the fact that you don’t know everything prevent you from pursuing what you most desire.

“May your trails be crooked, winding, lonesome, dangerous, leading to the most amazing view.” —Edward Abbey

We’d taken Abbey’s advice and committed ourselves down a new and winding path, uncertain of where it might lead, but expecting the best. Because our two primary commodities were bread and friendship, we treated our shop like our home and our customers like neighbors. We invited them in. Got to know them by name. Heard their stories and offered them ours. It was a busy time and a lot to keep up with but we found the interactions rewarding and also quite liberating because the only thing better than a breath of fresh air was becoming one yourself.

We were special, and we knew we were special. Turning a thing you love into something you share with others is not some small, trivial thing. It’s huge actually and takes a ton of courage. Not everyone is cut out for it. For those who do and must then make a living at it, the hardest part isn’t even the sharing. Sharing is easy. The hard part is asking for payment.

Our bread shop became a revolving door of greetings, sales and small talk. We heard stories about family. About weather and politics. Stories of stories which had nothing to do with baking. Where had we met (Fort Bragg)? Where had we come from (Wake Forest)? Where did we live now (the Burnett House, circa 1895)? How had we come to be in Tarboro (long story)? The reason for their visits was always transactional—we made stuff, they bought it—but the encounters across the counter were so enjoyable and personal—delightful respites from the loneliness couples still madly in love often share—it didn’t take long before it felt like we were taking money from friends.

Which we were, but for what? For food. And not just any food, but bread and baked goods. To the uninitiated into the world of artisan, sourdough baked goods, our stuff could just as well been the same things your aunt brought to supper every Sunday afternoon, for free! To the untrained eye, the same tasteless, bagged fare that disappeared from the grocery store shelves at the first inkling of an emergency. Churches and school children organized events around baked goods to raise money for helping the poor or educational, overnight field trips. Who did we think we were making a living from selling something similar? What kind of neighbor even were we?

Oddly enough, because our food was handmade seemed to make matters worse. It was 100% the product of passion and hard work and at the end of the day how do you put a price on a thing you love to do? Certainly other forms of business didn’t suffer from the same identity crisis. When you buy a car or a vacuum or really anything that requires greater skill than can be found in the average person’s possession, you don’t question the price. You might not be happy with it, and feel later that it was a total rip-off, but you never expect it to be significantly less than the price you paid, much less free. You figure, they’re a business. Of course someone else has done their job and the market research has revealed that the price being quoted is fair and reasonable

Baking bread isn’t rocket science, Franca would be the first to tell you. Anyone can do it. Sure, the fact that our breads and pastries are made of sourdough adds complexity, forethought and extra effort. But our ancestors were baking bread ten thousand years ago with rocks while squatting in dirt. We did it at home for decades before opening a bakery. And now, after a year in which everyone seemed to get into sourdough bread baking, you’d find on most kitchen shelves at least once cookbook offering explicit instructions on how to create the very things we were selling. If not, the internet was just a click away.

The point is we enjoyed what we did and we found the hard work both fulfilling and necessary. Our community seemed to agree. And yet, we felt conflicted. At times, almost embarrassed to ask money for it. As if what we were selling hadn’t been central to the very foundation of human societies but was more akin to snake oil, with little monetary value at all.

But of course we were wrong. We were wrong about a lot of things back in those days.

The Value of Words According to Bread

The thing is, when you think only of the end product, bread, or this essay, we don’t think of the effort or thought that went into the production. We see bread. We see words. They look simple enough. And though they both serve a purpose to feed and nourish, they do not look by their output as if much time or effort had gone into their creation. In the simplest of our breads is just three ingredients: water, salt, flour. This essay is just a thousand words. Neither rise above exceptional.

But ask yourself this question: Isn’t exceptional enough?

What is invisible to the eye is what matters.

Who do we think we are?

The disposable gloves, the hand sanitizer and disinfectant, the blue surgical face masks (eventually replaced by colorful, but less effective, cloth-covered ones), the fear of touching and the worry of not touching, the isolation and six feet of space and a good attitude were all you needed. For the attitude 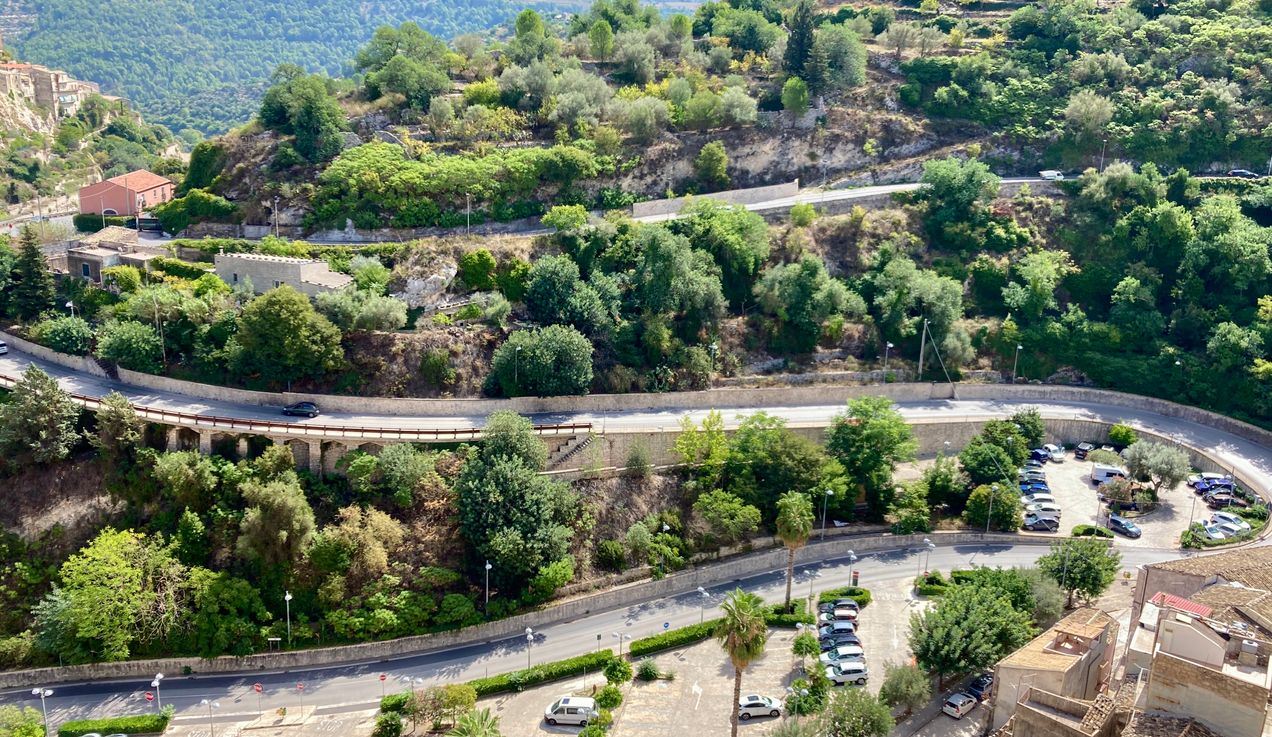 What the road says about longing and why we should listen.

While in Sicily we developed this habit of taking short videos from the passenger seat of the roads we were traveling. We had no intention behind it, other than perhaps we believed that this journey and our time alone together, on these particular roads, would lead us to somewhere special.